Inside Look: A Ride-Along With The Sheriff's Mental Evaluation Team 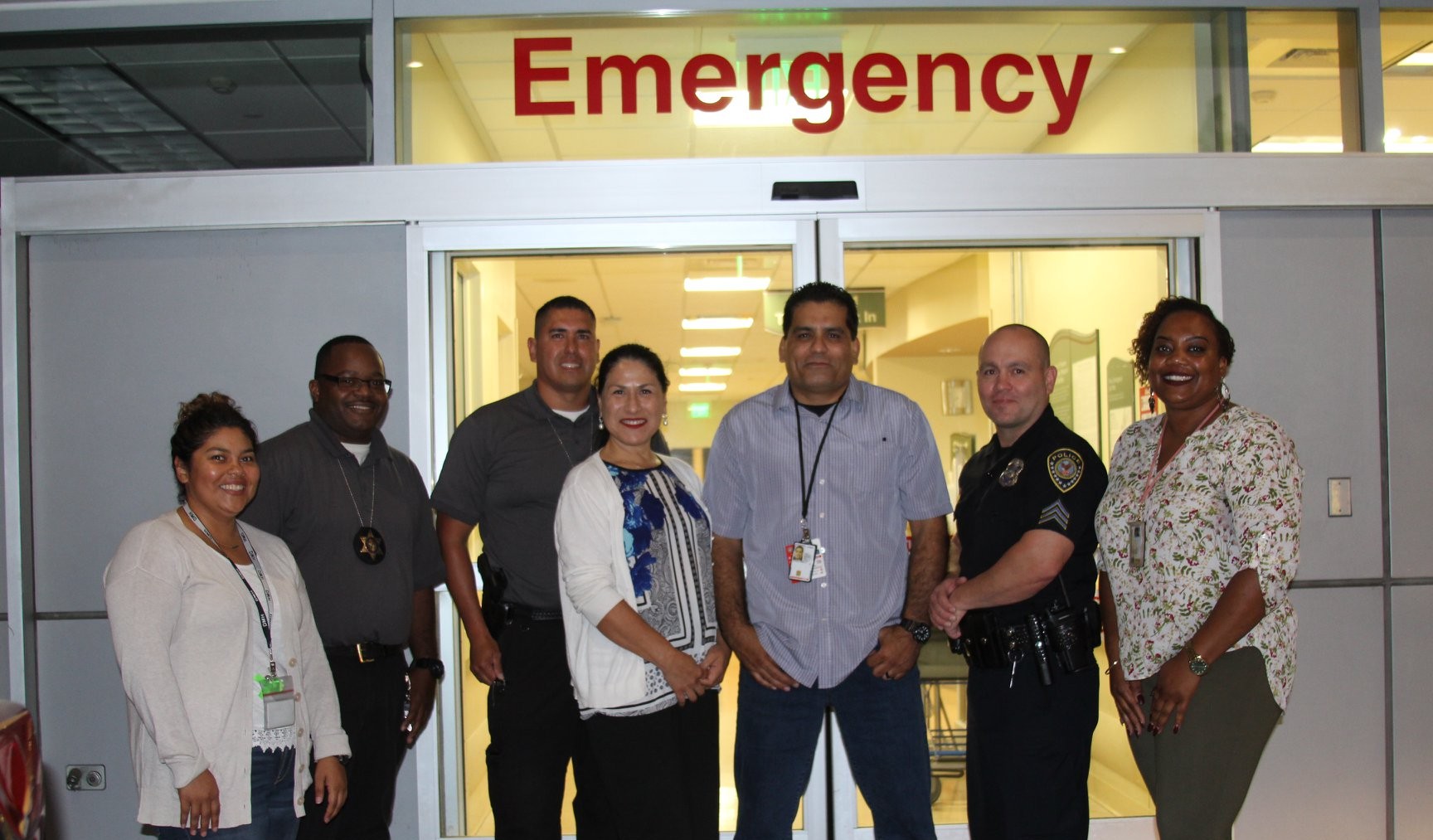 On a Monday night, 211 LA had its first ride-along with the Mental Evaluation Team (MET) of the LA County Sheriff’s Department.

211 Executive Director Maribel Marin and Hope Algeo joined MET unit Deputies Miranda and Johnson, along with LCSW’s Tina Webb and Caroline Alvarez from the Department of Mental Health, to get an eye-opening view into their kind of emergency response.

Around 5 pm on a Monday, the MET unit got a call about a young man who showed up at a school campus wearing tactical gear and carrying a metal briefcase making nonsensical statements and behaving oddly. He had also been following and making other students feel threatened. The man remained calm and didn’t have any dangerous weapons on him, but he had a thousand mile stare and clearly needed help. Despite the difficulty of getting his full information to determine his eligibility for services, the law enforcement team advocated for him for three hours to make sure he got checked into a hospital where he could get the help he needed.

In a MET unit response, a sheriff's deputy is accompanied by a licensed social worker from the Department of Mental Health, and respond jointly to mental health crisis situations to lower the risk of violent interactions that have historically resulted in jail time rather than treatment.

The current MET system was created in 2015 to address the increasingly frequent interaction between law enforcement and those in mental health crises. The new strategy aims to prevent tragedies like the shooting of Kelly Thomas, a homeless man with schizophrenia in Fullerton in 2011, from happening again.

The program was recently expanded to 29 teams thanks to LA County’s Board of Supervisors approving additional funding for the program in 2017.  It utilizes a triage desk to coordinate services, runs 24/7, and is always looking to expand their services and trainings.

The MET units and 211 LA are members of the county-wide initiative known as The Mayor’s Challenge to Prevent Suicide Among Service Members, Veterans, and their Families (Mayor's Challenge). According to the "VA National Suicide Data Report 2005-2015," 20 veterans commit suicide every day. 14 of those 20 aren’t connected to services through the VA.  According to Marin, reaching that population is a big part of what the Mayor’s Challenge is trying to accomplish. With approximately 10,000 veterans and veteran spouses calling 211 LA every year,  connecting this population with suicide assessment and prevention resources is an important component of the Mayor's Challenge action plan.

The MET has also been collaborating with the U.S. Department of Veteran Affairs to create a VAMET sister program that lends its expertise to better help veterans in crisis.  With both the MET and VAMET response teams, instead of the typical 72-hour hold, where patients are released with minimal support, this collaborative effort between different service organizations will result in longer-term care like case management and benefits, connection to after-care resources through 211, and more opportunities for community engagement to combat feelings of isolation that can lead to suicide ideation.

"We are thrilled about our partnership with the County MET and our participation in the Mayor's Challenge, because it is important for a service center like 211 to have better options for handling active suicide calls that result in better outcomes for callers." - Maribel Marin

Says Marin, “It is even more important to engage in proactive strategies that identify suicide ideation much sooner and create opportunities for early interventions. This requires asking the questions about suicide, preferably using a recognized tool such as the Columbia-Suicide Severity Rating Scale (C-SSRS). 211 LA is committed to training its staff and collaborating with other trained professionals that can quickly mobilize and serve as a countywide response network and support infrastructure for active and post-suicide events.”

Lieutenant John Gannon, head of the LASD MET Team, is hopeful about the success of these collaborative programs. “If we can make it work here, we could make it work nationwide.”

Here is a first-hand look at the MET unit’s process when they respond to a call:

Stop 1: Calm in El Monte
The office headquarters for the MET unit was pretty quiet and peaceful on a late Monday afternoon. Two books, “Silent Voices: People with Mental Disorders on the Street,” and “Crisis Cops: The Evolution of Hostage Negotiation,” lay on the large conference desk in the middle of the MET Team’s meeting room. A large list of menu items like, “Fieldwork by Mentor,” “Crisis Intervention Training,” and “Advanced De-Escalation,” was written up on the large white board.
It was clear that this department has been focusing on training and education for the 29 teams that now serve the whole of LA County and its unincorporated areas.
Lieutenant Gannon looked at the list of nine crisis cases currently active. A female had stabbed herself that morning. A man was hearing voices. One man was off his meds and running through his house naked with a lighter. A woman attempted to put a knife to her neck.

The MET Unit gets 18-19 of these calls per day, and up to 5,000 per year. They can range from suicide attempts, assault, psychiatric breakdowns, teenagers suffering from bullying at school, or any significantly out-of-the-ordinary behavior.

Stop 2: Blazing Sirens Towards the Call
As the sunset began, the station got the call from a school campus. Deputy Joe Miranda quickly put the location in his GPS as his partner Webb got in the large Ford van with sirens twice as loud as a regular police car. They blazed through traffic as quickly as they could, stopping at every intersection, trying to get around startled drivers, and sometimes even forced to drive on the freeway shoulder.

Within 15 minutes, the MET Team pulled up to the location. The subject had already been handcuffed by campus police. He sat calmly on a brick bench as police and social workers talked to him.  When they patted him down they pulled out his phone, a watch, wallet, and gloves.

Stop 3: Ride to the VA Hospital
The man continued to repeat nonsensical statements about being a dignitary throughout his detainment. The team couldn’t get the information they needed to determine his eligibility so they could know where he could get help. They were able to uncover that he was a military veteran but he wasn’t connected with Veterans Affairs, where the benefits can vary if someone has served for less than two years.

“The sad part about our work and what we do in trying to help people is the question of where are you going to take them?” said Miranda.

They decided to take him to a VA hospital about 35 miles away, where he would hopefully qualify for veteran-focused services, instead of a county hospital where a search for a bed can take from two to six hours because of their large patient volume.
As the team started on its way across Los Angeles, both the officer and social worker engaged him in friendly conversation, while occasionally looking back to check on him. A secure fiberglass barrier separated him as he sat calmly while continuing to repeat the same statements.

Stop 4. Advocating for Treatment
As the sun was setting, four veteran policemen at the VA hospital deliberated with each other on the deployment status of the patient. The patient was giving no solid answers nor were they sure if he was eligible for services, but Miranda and his team stayed for three hours to make sure he got connected with the services he needed to get better.

“That’s part of what we do. We advocate for our patients. We want to get them help, and be a voice for the patient. When we’re dealing with hospitals, we have to hold our ground. We go above and beyond to do what we can for our patients.”

He often appeals to the general respect and support veterans have for each other.

Eventually, the man was committed for three days to get a doctor’s evaluation that will connect him to a case manager where he can receive follow-up and ongoing services.

But it will also depend on him. “Help is there, they just have to want it,” said Federal Officer Ernest Estrada, who was stationed at the hospital.

One call turned into four stops, six hours, and seven people. The amount of work it takes to help one person speaks to the importance of collaboration and communication between each organization.

211 LA can be there at the first and every other stop of its callers’ difficult journeys to stability. By understanding these complex processes, 211 LA can make more effective referrals that help people get to the next steps toward stability and wellness. 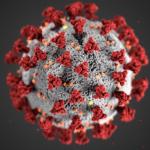 211 LA & Coronavirus crisis support: What you need to know 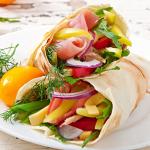 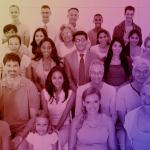 A Safe Place to Report Hate 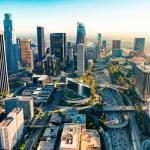 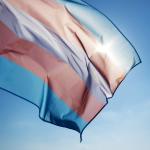 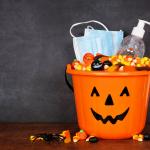 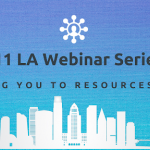 KNOWING YOUR RIGHTS AS A TENANT:

Jul. 07, 2020
Can’t find what you’re looking for?
HELPFUL SEARCH TIPS
CHAT WITH AN ADVISOR
CONTACT US